With inspired dishes like smoked salmon benedict on a filet mignon over risotto with micro greens to his signature pancetta crisp with cranberry compote, Stone River Retirement Community’s Executive Chef Chris Stone has become not only renowned for his culinary skills but a fan favorite among residents for his character and compassion towards others. His high standards have set a new paradigm within RLC Kitchens. A self-taught chef, Stone’s story is an inspiring one of someone whose dogged determination and steadfast commitment developed a career path from washing dishes to directing fine dining.

Raised by a single mother, Stone was born in Greenville, Mississippi. Her service in the United States Army relocated the family to Anchorage, Alaska. Growing up in higher latitudes, he gained a love for the great outdoors, the pristine beauty of the Northern Lights, and was introduced to multiple means of preparing the freshest of seafood – snow crab, salmon, trout, and halibut. As his guiding light in the North, Stone’s mother taught him at an early age that dreams require hope, heart, hustle, and helping others. Whether he’s at home or leading his team in the kitchen, he practices every day what his mother preached to him as a young man.

In the summer of ‘97, the family was relocated to Ft. Drum, New York. It wasn’t long – about a year – until they called Austin, Texas home.

Playing football under Friday night lights in Texas stoked Stone’s internal fire of playing professional football. However, his senior year he came down with pneumonia and lost over 35 pounds placing a damper on his gridiron goals.

“Growth, it’s what inspires me. I don’t believe in a ceiling. I always ponder how I can elevate an experience to better everyone around me.”

Stone took up several menial jobs to sustain the needs of his family. While washing dishes wasn’t the most glamorous gig, he appreciated the opportunity and saw the value in sharing kitchen space with some very influential chefs that taught him many valuable lessons in leadership. Stone’s conspicuous interest and astute observations eventually lead him to have an ‘a-ha’ moment where he discovered that he could express himself through food.

RLC prides itself in supporting staff by offering opportunities for team members to develop themselves. RLC knows well that employees are a key determinant of a company’s success.

“My turning point was when RLC presented me with the opportunity to start my journey as a kitchen steward.”

Through personal and professional advancement, Stone has unlocked multiple doors of opportunity with RLC. After starting off as a kitchen steward, he progressed to become a PM Cook followed by an AM Cook, and eventually a Sous Chef. Stone welcomed the opportunity to share his skills on the road stepping up to help open new communities nationwide as a Travelling Chef.  Stone’s hard work, perseverance, and urge to learn from others saw him rise through the ranks to become Executive Chef at Stone River Retirement Community. His success story continued on when he was awarded the coveted Ron Herron Service from the Heart award.

“Earning the Ron Herron award was amazing. To have my mother and family present on that big day – I’ll never forget.”

Stone is an inspiration to many. His attitude towards life and attention to detail has earned him many accolades along his way. Stone’s pride in keeping a clean and safe kitchen has earned his team the highest marks on sanitation and service. His commitment to coaching, as opposed to managing, has also garnered incredible respect among his culinary peers.

His humble ability to listen and connect with others is uncanny. Stone takes the time to introduce himself to new residents and their families as they’re moving in. He thoroughly enjoys sharing candid conversations over coffee with folks in the morning, citing that it's the little things that matter most to him.

“I love interacting with the residents as they provide vital feedback for building our menus. All it takes is an open mind and open ears to listen.”

This year marks a decade of service with RLC for Stone. As culinary arts in the senior housing industry has evolved, Stone acknowledges leadership within RLC as a contributing factor to his and the company’s growing success.

“RLC and its people have been a blessing. They’re selfless, they understand people, and they’re willing to help you. Comradery is key between our network of Chefs nationwide. I can call anybody in the company and the first thing they say is, ‘How can I help you?’”

To Stone, the ability to mix various ingredients and bring them together in a new and beautiful way is exciting. Having the potential to deliver such a unique satisfaction to others through food provides him with a level of personal gratification incomparable to any other professional pursuit.

At 32, Stone is married with 2 children and calls Bradenton, Florida home. In his free time, he coaches his son’s Pee Wee football team. In addition to being a wonderful husband and dad, he endeavors daily to perfect his culinary craft to maintain residents’ satisfaction… that and a yacht he added with a wink.

…everything is possible if you have the passion. 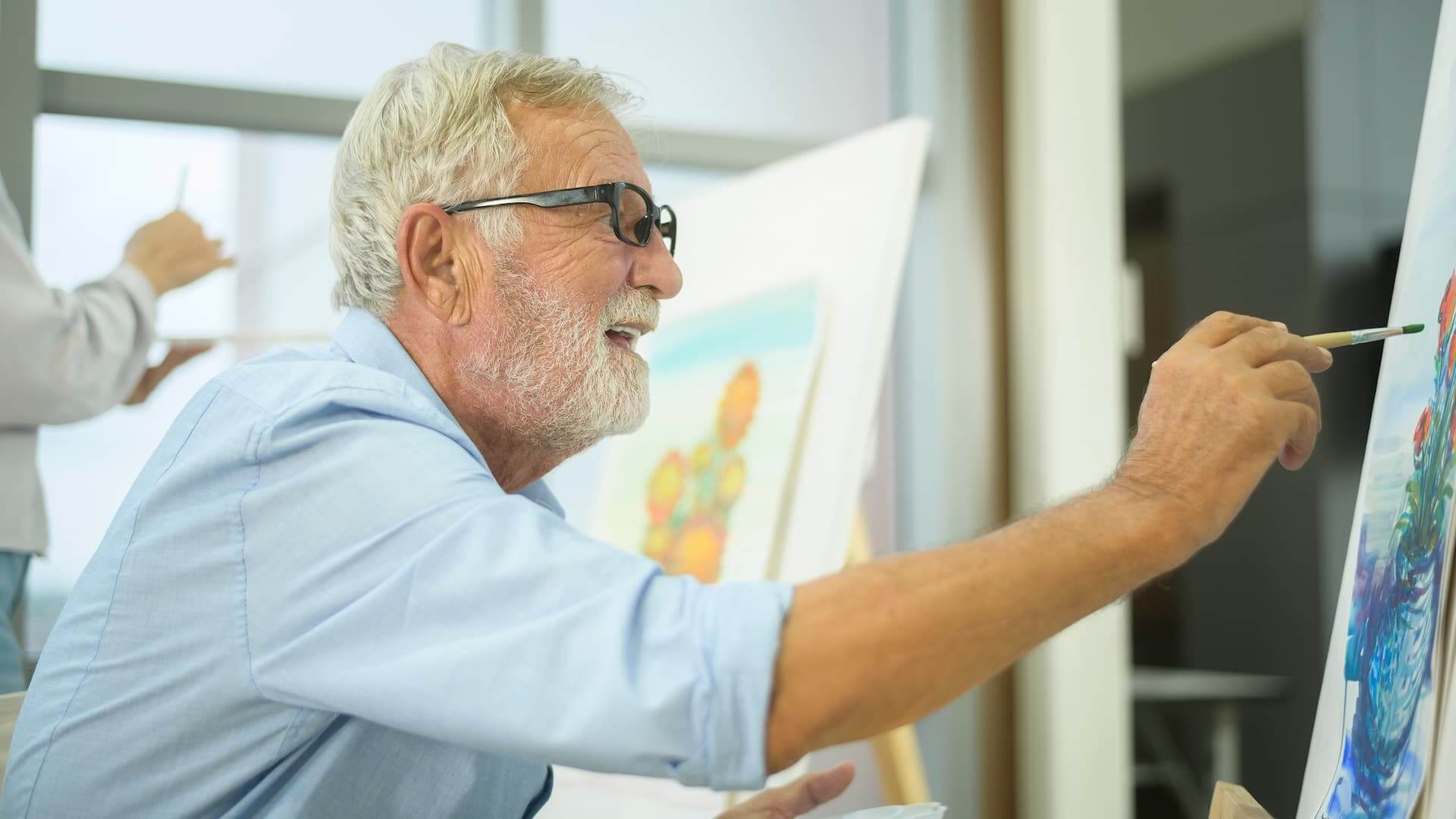 August 9th, 2022
Back-to-School Season Is for Seniors, Too!
Fresh notebooks, sharpened pencils, shiny shoes…students across the country are gearing up for a studious year ahead, including seniors! Acc...
Read More →